4 Times When A Used Car Is Likely Right For You

1: You need to keep your payments low

If your finances are at a point where you can take on a modest car payment, but you aren't yet at the point where you can take on a larger one, then a used car is likely best. When you buy a used car, you will be able to get the car for significantly less. This helps give you more affordable payments since the car won't be costing you nearly what a brand-new car would cost.

2: You know you might be hard on the car

You don't want to be the one to cause damage to a new car, especially after you haven't had it very long. This is why you want to consider how hard you might be on a car when choosing between a new and a used one. If you know you'll be driving it through brush regularly or being hard on it in other ways, then a used car might be best.

3: You are looking for a spare car

If you're looking for a spare car that may do a good deal of time sitting, then it may be a good idea for you to look for a used car. Since you won't be enjoying the car on a regular basis, there's really no reason for you to get a new one.

4: You are looking for a car for a new driver

If you are looking for a car for a new driver, then it might be a better idea for them to get used to driving in a used car. This way, all the dings and other marks new drivers tend to put on cars when they are getting used to driving will be put on a used car instead of an immaculate brand-new one. Once they are better at driving, parking, and knowing how to better protect their car, then you can consider getting them a new car that they will keep in nice shape for longer. 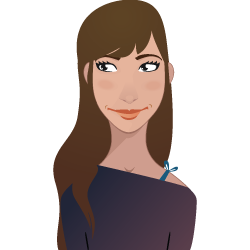